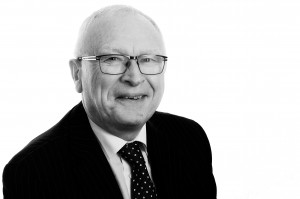 Geoff Lamb, a Partner and member of the Dispute Resolution Team, qualified as a Solicitor in 1975, and joined the firm then known as North Ainley & Co in 1979.  In his career he has dealt with most areas of law before majoring in litigation.  He has extensive experience of all types of litigation and employment law.  Having now stepped down from his former role as Head of the Department, Geoff continues to act in a consultancy role for the department and his focus is on compliance and risk management across the firm.

Married with three children, and four grandchildren Geoff has lived in the Oldham area since 1974.  He is on the Leadership Team of a local Methodist Church and a Local Preacher in the Oldham & Saddleworth Methodist Circuit.  He is also a director of the Salt Cellar in Oldham, a Christian restaurant and resource facility in the former County Court building.

Geoff, a former President of the Oldham Law Association, is also a keen sports fan, particularly football and cricket, and a long suffering season ticket holder at Oldham Athletic!