The family of Mick Ivory have issued Court proceedings against their brother Peter after Peter gave away Mick’s estate to the poor and homeless. 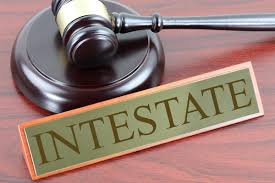 Mick Ivory had an estate worth £414,000, which after expenses totalled £367,000.  Mick did not leave a Will, so upon his death his estate should have been distributed in accordance with the Intestacy Rules.  In this case, that meant Mick’s three brothers and nephew should have inherited the £367,000 estate.

However, Peter Ivory, claims that on his death bed, Mick made him promise that:

In response to the proceedings issued against him, Peter asserts that the principle of ‘donatia mortis causa’ applies, meaning his brother Mick made a ‘death bed gift’.

So what is a death bed gift?

A ‘death bed gift’ is a gift of property or assets made by a person (the ‘donor’) in contemplation of impending death.  When the person dies the subject of the gift does not pass to the Personal Representative but to the person the deceased wanted to benefit (the ‘donee’).

There are four conditions to satisfy for the gift to qualify as a death bed gift:

Therefore Peter has to prove that Mick believed he was going to die and that the death bed gift is valid.

In this case, Peter states he has given all Mick’s money away to the poor and homeless (including handing £50 notes to various homeless people in Cambridge), to dog charities and to a local school.  The brothers and nephew assert that no evidence has been produced of Mick’s wishes and as a result of the Court proceedings issued, Peter has been ordered by the Court to produce an account, stating how Mick’s estate has been distributed.  If Peter does not produce the account to the Court, he may face a prison sentence.

Legal advice will usually be required if a death bed Will is challenged but for advice on any issue concerning disputed Wills or inheritance, contact our Dispute Resolution Team for information and advice.