At Christmas time each year the staff at North Ainley donate various items to fill luxury hampers, with each hamper being raffled off to raise money for their chosen charity.  This year the staff wished to support the Alzheimer’s Society, a very worthy cause.

Every penny donated to Alzheimer’s Society is making sure they can be there for people affected by dementia.  They are the only UK charity investing in research into dementia care, cause, cure and prevention, committed to spending £150 million on cutting-edge research over the next decade. Every project they fund directly addresses the needs and concerns of people affected by dementia. 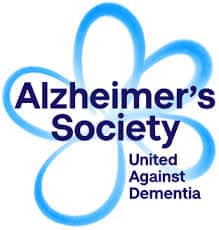 The word ‘dementia’ describes a set of symptoms that may include memory loss and difficulties with thinking, problem-solving or language. These changes are often small to start with, but for someone with dementia they have become severe enough to affect daily life. A person with dementia may also experience changes in their mood or behaviour.

Dementia is caused when the brain is damaged by diseases, such as Alzheimer’s disease or a series of strokes. Alzheimer’s disease is the most common cause of dementia, but not the only one. The specific symptoms that someone with dementia experiences will depend on the parts of the brain that are damaged and the disease that is causing the dementia.